The Truth behind the Glamorous Red Carpet

There's a red carpet rolled out every time there is an entertainment award or a red carpet fashion. With all the paparazzi swarming just to get the first click for their magazine, red carpet has become synonymous to glamour. The Oscars also well-known as the Academy Award first started using a red carpet in 1961, which is now a staple in Hollywood. Nevertheless, it will certainly be a main draw at the Oscars 2017 which is happening this Sunday. So where does all this tradition of putting out an over-sized welcome carpet come from and why is it red?

Turns out its origin goes back to 458 B.C., to an ancient Greek play by Aeschylus. In the play, King Agamemnon returns home triumphant from the Trojan War. The king's wife Clytemnestra seeks vengeance against him for his role in the death of their daughter, Iphigenia. Clytemnestra invites him to walk on a crimson carpet from his chariot to his home, crimson symbolising the colour of the gods. He initially refuses to walk on the carpet saying, “Only the gods deserve the pomp of honor," but he later ends up walking on it, thereby incurring the wrath of the gods. 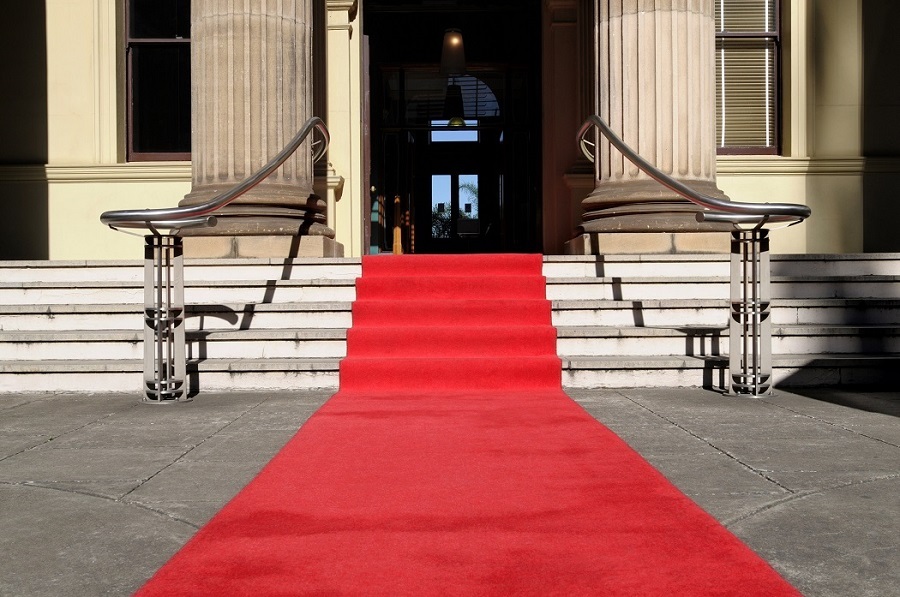 Unveiling the significance of the red carpet

After the play, the red carpet came to be associated with both gods and kings. In Renaissance art or in paintings throughout history, you can see red carpets leading up to the thrones and palaces of royalty. This is because red as a colour has long been associated with prestige, royalty and aristocracy. Scarlet happened to be the most prized dyes as it was the most difficult to make and the most expensive.

Fast-forwarding significantly through history when scarlet-hued carpets still continued to denote high status, a notable event happened to make it even more news worthy. In 1821, the arrival of US president James Monroe (1753-1831) in Georgetown, South Carolina, was marked by a ceremonial red carpet which was purportedly rolled out for the President when he disembarked from a riverboat.

The red carpet since then was associated to high-profile events involving political dignitaries.

As time passed, the origin of the phrase ‘red carpet treatment’ came into vogue from the start of the 20th Century, when the red carpet was co-opted by the railroads. In 1902, The New York Central Railroad used plush crimson carpets to direct passengers as they boarded the 20th Century Limited passenger train which had first-class service and ran from Grand Central New York to Chicago. Those who entered the train witnessed a path made by the plush, football field length, vibrant red carpet that spanned the length of the train- from the engine to the observation car. The passengers had the luxury of enjoying cocktails in the observation car, dinner in the dining car with views of the Hudson River, and a comfortable bed and breakfast on the train before disembarking in Chicago. That was quite a red carpet treatment we could say.

It wasn't until 1922 when the red carpet hit Hollywood at the premier of ‘Robin Hood’ in front of the Egyptian theatre. A long, crimson-hued carpet made its presence and in the following decade the red carpet came out to be the few places where the public could catch a glimpse of Hollywood stars.

On April 17, 1961 for the first time a red carpet was rolled out at the 33rd Academy Awards which took place at the Santa Monica Civic Auditorium. But, it was in 1966 when the Oscars was broadcasted in colour for the first time giving the viewers a glimpse of the red carpet in living colour on which the actors and actresses made a grand entrance and showcased themselves at the Oscars.

Following this, the red carpet gained its significance in Hollywood and became synonymous to film and music. Ever since then, the red carpet has been integral part of the Oscars, Golden Globes, Grammy's and many such important events.

These days the red carpet used on Oscar night is approximately 16,500 square feet and takes two days to install. It’s made from continuous filament nylon and is replaced every two years. And it is not entirely red. It is dyed with a carefully designed palette of colours to make it look red on Television and is sealed to prevent the colour from degrading. After all, everything points to only one thing- it is the appearance that matters.

This Sunday at the Oscar night you'll admire the red carpet even more and its historical significance.